Consider a mining town. Once upon a time there was a mine, and the mine was the largest employer in the town. They mined copper ore and sold it on the global market. This brought money into the town, which sprouted a restaurant, real estate broker, doctor’s office, and church. Although those people weren’t employed by the mine, they got enough customers from the miners, who fundamentally got money from outside the town.

But eventually the mine dried up. The miners lost their jobs, since the town was no longer bringing in enough money to pay them. The doctor, realtor, and waiter were still employed, as their “mines” didn’t dry up. But they did, as they were really just mining the miners. The town persisted for a bit, passing the same money around in a circle. But with each pass, there was a transaction fee. And there were still things like food, which needed to be imported into the town.

The town went broke, died, and became a ghost town.

All jobs can be broken down into one of three groups.

The first(constant) is the shoeshiners, bank tellers, politicians, retail workers, clergy, social media managers, lawyers, and the rest of the service industry. An economy made up of only these people wouldn’t work. Imagine a town without imports and exports comprised of only this class of people. Considering every transaction always has a fee, regardless of what this town started with, they would always end up going broke.

So where does money come from? There’s a literal answer to this question, but that’s not what I want to explore. I mean money in a more abstract sense, perhaps more like wealth or value.

The second(linear) group produces “money” linearly. This group includes farmers, miners, and manufacturers. They create value by the ton, bushel, carton, or barrel, a ton of ore mined, a barrel of oil extracted, a bushel of apples grown. This is the only group that could sustain an economy by itself.

The third(exponential) group seeks efficiency improvements for the second. This group includes scientists and engineers. The scientist who genetically engineers crops to get 30% more yield per acre. The engineer who replaces a ox drawn plow with a tractor drawn megaplow. This group can’t sustain an economy alone, but mixing a few of them in with the second group yields much higher per capita money creation. 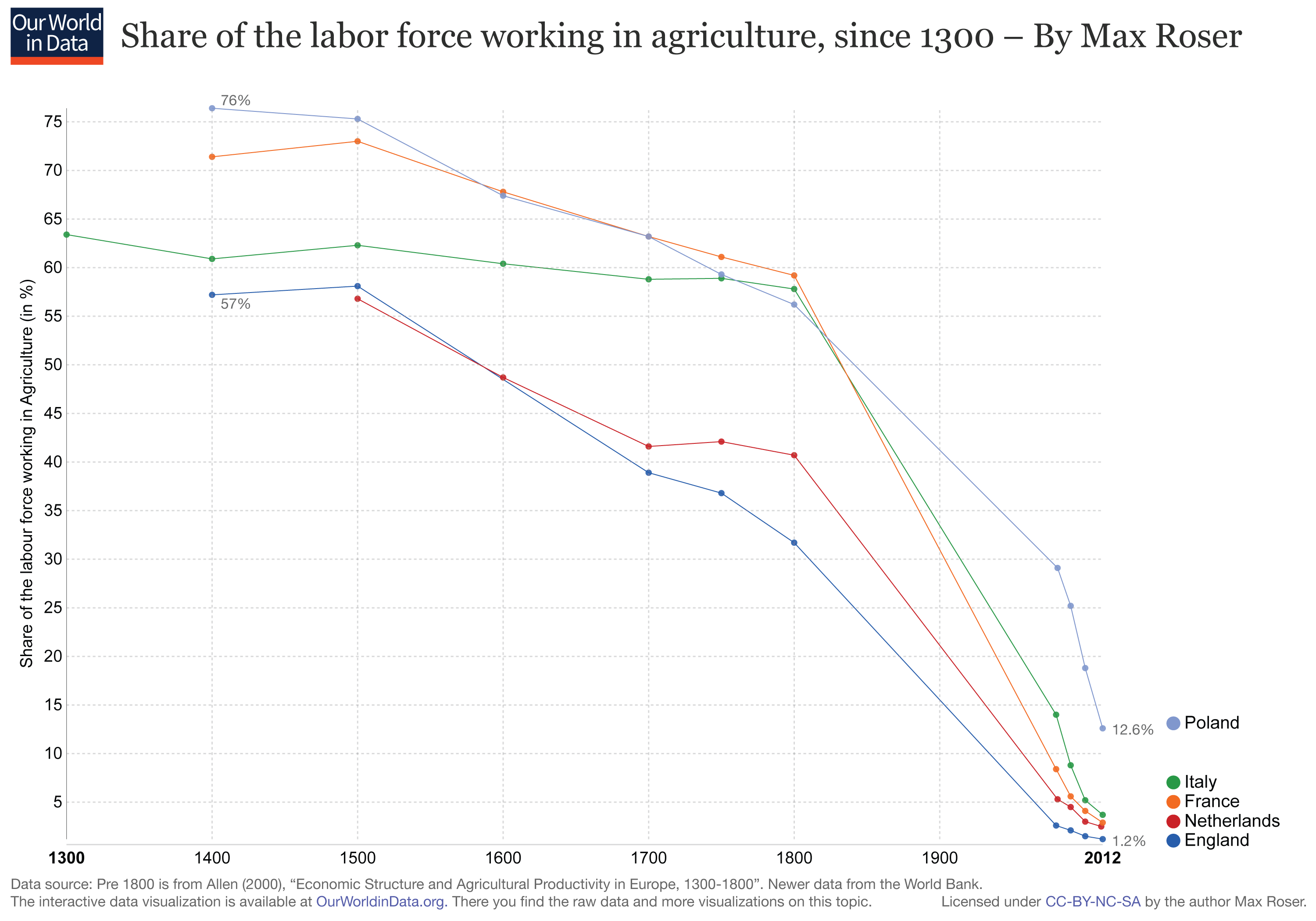 Most people used to unquestionly be in the second group. The third group has this exponential effect, where in the beginning they do very little, but because they build on the previous successes of the group in a way the other groups don’t, they eventually come to be the driving force of society. Today, although we aren’t quite there yet, it is easy to imagine a few farmers farming all the land, extending their reach with automation and sensors. Or even, no farmers, just machines. And more machines to fix the machines. But the machines would still be in group 2. Group 2 is the basis of any economy.

I set about classifing the top 30 jobs (2/3rds of the workforce, minor level classification from bls.gov) in the US into the three groups, and realized I should break group 1 down further for more clarity. The top 4 jobs consist of just moving stuff around, a clearly group 1 activity!

Breaking down group 1 into 3 subgroups:

I found teachers somewhat hard to classify as well, assuming education works, they are group 2, producing more productive people, like a tractor maker. If education is daycare, they are group 1. We gave them the benefit of the doubt and included them in group 2.

And surely not all “Computer Occupations” are group 3, but that’s how it’s broken down. 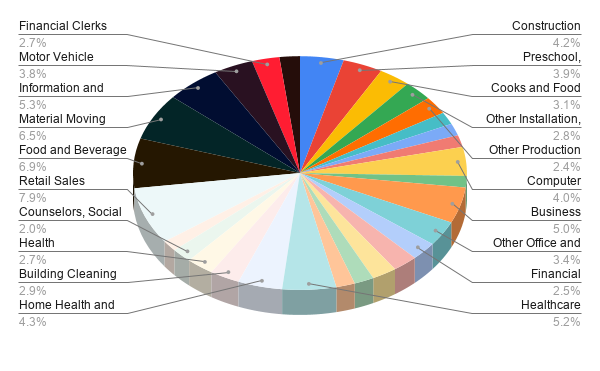 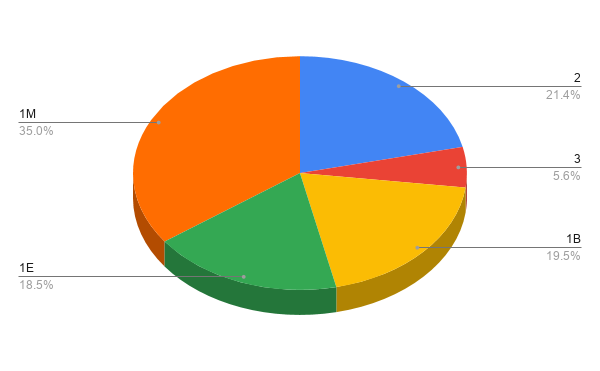 I would like to dive into this further, as the categories used from the Bureau of Labor Statistics were rather crude. You can dive even deeper than minor categories. I’d also like to see this analysis done for China, as perhaps this is a US specific problem that only predicts the decline of the US.

But this makes my point, that group 1 jobs have been growing at the expense of group 2. They are now 73% of US jobs! Group 1 jobs do not contribute to the money creation as a whole, and it’s concerning to consider what will happen if this trend continues. We cannot have a worldwide economy of group 1 jobs, as just like the town, the whole world would end up going broke.